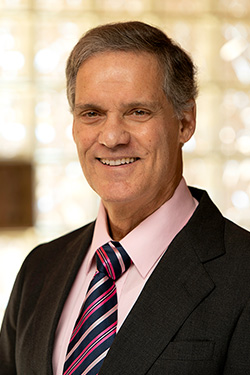 After law school, Mr. Salvatore, again, worked a variety of jobs, both in and out of the legal profession.  He clerked for the Court of Appeals in Arizona and at then worked for a large litigation firm in Phoenix. After a few years, Mr. Salvatore turned to television and became a news reporter and anchor until finally purchasing a station to manage. But the love of law kept pulling Mr. Salvatore back, he then opened his own firm.   In addition to managing his own law firm, Mr. Salvatore wanted to help others and he joined the faculty of various colleges in Phoenix. Mr. Salvatore was an adjunct professor of law at Phoenix College for four years.

In addition to the above, Mr. Salvatore has a love for fine foods and wine.  For five years, he owned and managed a restaurant in France.  Mr. Salvatore speaks fluent French, some Italian.   Mr. Salvatore is also involved in the local community volunteering for various committees, usually to help those less fortunate. He is the Chairperson of the Somali American United Council of Arizona.

Mr. Salvatore looks forward to helping the clients of Adelayo Law with their personal injury cases.

Have questions about your case?Call us today at (602) 258-1882 and speak to an experienced and compassionate team member today.